Until the 1970’s, removal of half or more of the liver for the treatment of cancer or other purposes had a forbidding mortality.  This changed when patients with “unresectable” tumors began to be referred to the University of Colorado as candidates for liver replacement.  Recognizing that many of these patients could be treated instead by removal of as much as 90% of their own liver (Figure 1), Dr. Starzl made improvements four kinds of previously described partial hepatectomy (Figure 2), and added a fifth procedure called left trisegmentectomy that had never been done before.  Left trisegmentectomy involved removal of all of the left lobe and the front half of the right lobe (Figure 3).  The improved or new resection techniques changed the practice of conventional liver surgery (Figure 4), and eventually were applied to remove parts of the liver from healthy volunteers for transplantation.

The option of total liver removal and replacement was first used in patients with massive tumors who were ostensibly free of extrahepatic spread.  All promptly developed post-transplant metastases.   Two decades later, Shuzaburo Iwatsuki (Figure 5) clarified the role of liver transplantation in the treatment of liver cancer in his presentation at the 1991 Congress of the American Surgical Association [ref 3].  Based on the combined Colorado and Pittsburgh experience, and using the disease severity stages of the American Joint Committee on Cancer, Iwatsuki defined the circumstances that augured avoidance of post-transplant tumor recurrence.   His conclusions were affirmed in a discussion from the floor by Henri Bismuth (Paris).

Between 1987-1990, a young Italian surgeon, Vincenzo Mazzaferro, was a fellow at the Pittsburgh Transplant Center.  After returning to Milan, he also confirmed Iwatsuki’s Colorado-Pittsburgh observations in a study of 48 Italian liver recipients with hepatocellular carcinomas (HCCs).  His conclusion was that:    “Liver transplantation is an effective treatment for small, unresectable hepatocellular carcinomas in patients with cirrhosis.” After his results were published in the New England Journal of Medicine (334:693-699, 1996), the appropriate parameters for candidacy became known as “the Milan criteria”.   Few articles on the subject have generated more citations.

However, none have had the authority and power of Iwatsuki’s 1991 conclusions:

“It is impractical and even fraudulent to recommend that all HCCs in the cirrhotic liver should be treated by liver transplantation.  The treatment of choice for HCC confined to the liver is subtotal hepatic resection when it is anatomically and functionally feasible.  It is equally incorrect to arbitrarily exclude patients with HCC from liver transplantation when the malignancy is confined to the liver”.

The subset of Dr. Starzl’s publications dealing with liver resection has had a lasting impact on surgical practice and patient management, and these papers continue to be cited at high frequency to this day (Figure 6 and Figure 7).  The heat map (Fig. 8) illustrates that ongoing citations are not limited to the most recent papers alone, but that publications from all prior decades continue to be included in the current medical literature. 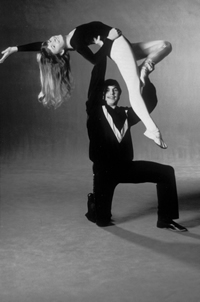 German ballet artist 15 years after her 85-90% liver resection (at age 5) for a hepatic sarcoma. 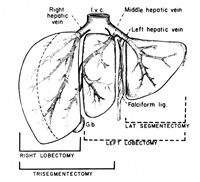 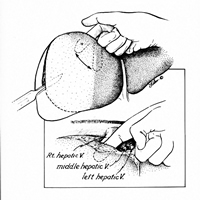 Left trisegmentectomy [ref. 2], first done in a child with a hepatoma who was referred from Italy to Denver as a liver transplant candidate.

Shunzaburo Iwatsuki with Starzl at Pebble Beach near Los Angeles in June 1980 on the day they cancelled their plans to move to UCLA because the Legionnaire virus epidemic had closed the facility upon in which their transplant program was to reside. Six months later, both men moved from the University of Colorado to the University of Pittsburgh (The Puzzle People pp 221-229).

Citation frequency graph of papers cited in this Discussion.

Heat map showing citation frequencies of all publications within the Theme of Partial Liver Resection.