At the time Dr. Starzl developed his liver transplant operations in 1958-59, there was little reason to believe that the procedure would ever be used in humans.  No organ allograft of any kind had ever been successfully transplanted in any species.  There was no way to prevent rejection, and no knowledge of human antigens used for tissue typing.  Moreover, the revolution in the field of immunology based on the clonal selection hypothesis of Sir Frank Macfarlane Burnet (Nobel Laureate, 1960) had only just begun (Fig. 1).

In a 1961 issue of the New England Journal of Medicine, Burnet wrote that “. . . Much thought has been given to ways by which tissues or organs not genetically and antigenically identical with the recipient might be made to survive and function in the alien environment.  On the whole, the present outlook is highly unfavorable to success” (Burnet FM: The new approach to immunology. N Engl J Med 264:24-34, 1961). Pessimism also was deeply ingrained in conventional practitioners of medicine.  Well into the 1960s, editorials were published in major clinical journals questioning both the inherent feasibility and the ethical basis of transplantation procedures. 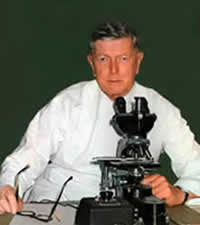