Questions about the website can be directed to the ULS Ask-An-Archivist form.

The Official Dr. Thomas E. Starzl Web site has been developed and is maintained by the Archives & Special Collections of the University Library System, University of Pittsburgh. Dr. Michael A. Nalesnik, Mr. Soren Paris, Ms. Terry Mangan, Ms. Katie Benedetti, Ms. Ashley L. Taylor, Mr. Jeffrey Wisniewski and Ms. Kari Johnston have collaborated to create a site to serve both as an appreciation of Dr. Starzl's many contributions to Medicine and as a living resource for continued investigations, particularly in the areas of transplantation immunobiology and hepatotrophic physiology.

Dr. Michael A. Nalesnik provided content and editing for this website. He is currently Professor of Pathology in the Division of Hepatic and Transplantation Pathology of the University of Pittsburgh Medical Center. A graduate of Fairleigh Dickinson University (magna cum laude 1973) and of Rutgers Medical School (M.S. 1975; M.D. 1977), and he has been affiliated with the Pittsburgh Transplant Program since 1982. He first collaborated with Dr. Starzl to define the pathologic correlates of post-transplant lymphoproliferative disorders, and has published on a number of transplant-related topics. Most recently, and as a member of the OPTN/UNOS Disease Transmission Advisory Committee, he headed an effort that led to a resource document providing guidance on utilization of organs from donors with various tumors

Soren Paris has a B.S. from West Chester University in American Literature and a M.S. in Natural Resource Management from Antioch University. He has been assembling bibliometric data sets since he began working under Dr. Eugene Garfield in 2003. As an assistant to Dr. Garfield, he became an accomplished data analyst and an expert user of the HistCite software. Currently working as an independent analyst, Soren lives in Vermont with his family and writes fiction in his spare time.

Recruited in January 1984 as Dr. Starzl’s Executive Secretary, Ms. Terry Mangan ultimately became a Senior Administrator, an indispensible cog in the preparation of journal manuscripts and textbooks, and eventually the person most responsible for the preservation and collation of the documents and artifacts donated to the University of Pittsburgh Archives.

Ms. Katie Benedetti has been with the Thomas E. Starzl Transplantation Institute for more than 26 years, first as a secretary and then as an administrator at the office complex called “The Pizza Hut” where Dr. Starzl shaped the core intellectual missions of the transplantation program until the mid-1990’s.

Ashley L. Taylor served as the Thomas Starzl Project Archivist from 2011–2018. A 2010 graduate of the University of Pittsburgh's School of Library and Information Science, Ms. Taylor was responsible for the processing and arrangement of the physical collection as well as compiling the material for the “People” portion of the website, and selecting material held in the archive to document Dr. Starzl’s relationships with his closest colleagues and friends.

Kari Johnston is a Web and Graphic Designer for Web Services and Communications at the University Library System, University of Pittsburgh. 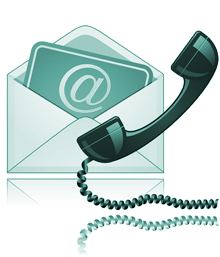